There are so many beautiful things going on outside and it inspired me of thing that make my heart to glow so here is sampling of what I found.

http://www.wimp.com/starflashmob/   <<—–This one made me cry for joy

http://themetapicture.com/steampunk-laptop/ < I so want to do this with one of my 3 laptops!

http://www.wimp.com/greatdad/ <<< —This was just darn cute

Beethoven just steals the show always this one just made my heart leap out of my chest for Joy!

Hallelujah for singing   << I imagine do random acts of music and joy in groups is catching on or something.  I dearly hope so…

Sound of Music anyone?

I don’t actually think my fish Flippant will eat me but I am having trouble getting to sleep and I really can’t find a good reason.  Well there is one reason, I did not exercise today because I over worked my knee this past week.  Without the nice expenditure of energy I have trouble getting to sleep.  I am sure eventually the sleep fairy will find me and grant me some sleep sand but for not I shall wonder and get myself in trouble on the internet I think.

There are levels and layers to nerds and geeks. But this PSA hits at the heart of what nerds feel around fake nerds.

So a few years back I had this gamer geek nerd theory that I want to expand upon here with everyone.

I was once a prolific gamer nerd where in I with friends spend approximately 5-6 days a week playing some roleplaying game.  It was in fact common to be up till 1am and then be up and working at 8am fully functioning.. sort of as long as there was coffee. The theory of “eight day” was born in the observation that many others within the geek community kept the same hours and we seems to be able to count more thing accomplished.  This was due of course to the many hours spend awake and so the gaming communities chosen people the geeks were granted an 8th day.  Now years later I believe in this 8th day still but instead of it being an isolated blessing of the gamer geeks it is apart of all species of geek and nerd.  Because the obsessive nature to read and research in a pursuit of a given passion for the technical we find more time than most but crux of it is that it is never enough.

I will also share that I have learned I am not alone in this theory because it has been spoken and sung many times in history.  Case in point the Beetles “Eight days a week”  knew of this phenomenon and it comes from obsession love in their reference but it is still an obsession and therefor in the realm of the geek.  Most individuals have geek element to them something that they passionately give into obsession over.

So I do hear by proclaim that an Eight day is granted all who have a passionate obsession to all flavors of geek.  Good luck and spend your time wisely because there will be a test later.

I am feeling so much better today than I have in weeks and I think it is because I finally was able to get my sleep cycle corrected in the last 48 hours.  I am cooking sushi rice for my lunch tomorrow because I am making a bento meal.  What I will be making is salmon rolls and I will also marinate some carrots and broccoli in sushi vinegar sauce for a salad.  For some reason I have lost my favorite chop stick that I usually take to work but thankfully I have a back up set or 3.  But I have other news to share about today!

I ordered a coat for myself a few weeks ago but it was on back order and it just arrived today and I just love it.  When I can I will take some photos of me in my new coat but that might be tomorrow before I can show everyone.  I am very excited about this coat because it is long enough to cover my butt and the sleeves are long enough too plus it has a hood that I can detach and it has a wind guard.  Oh and it has an inner liner that I can remove when the weather gets warmer.  So this means I will feel warmer when I go out walking and riding my bike.  Oh tomorrow I will start riding my bike to work again now that I have fixed things with Trimet and my Honors Citizen pass.

Oh some geekery news there is a proposal to “Lasso an asteroid and mine it in orbit around the moon.” 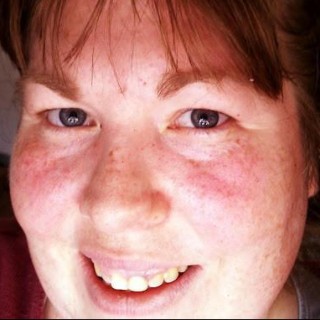 Garden structures for the backyard farmer

Garden With Moxie
GARDEN OF EADY

Bring new life to your garden!

The Doctor Who Mind Robber

The ultimate Doctor Who marathon - 50 years in 50 weeks

A books, movies, and more blog from the staff at the Carnegie Library of Pittsburgh - Main.

Trying to find order in all of this chaos

Daily Thoughts and Meditations as we journey together with our Lord.

A Gathering For Kindred Souls looking to live off The Grid

A gathering of pictures, ideas, inventions, and land for living of the grid.